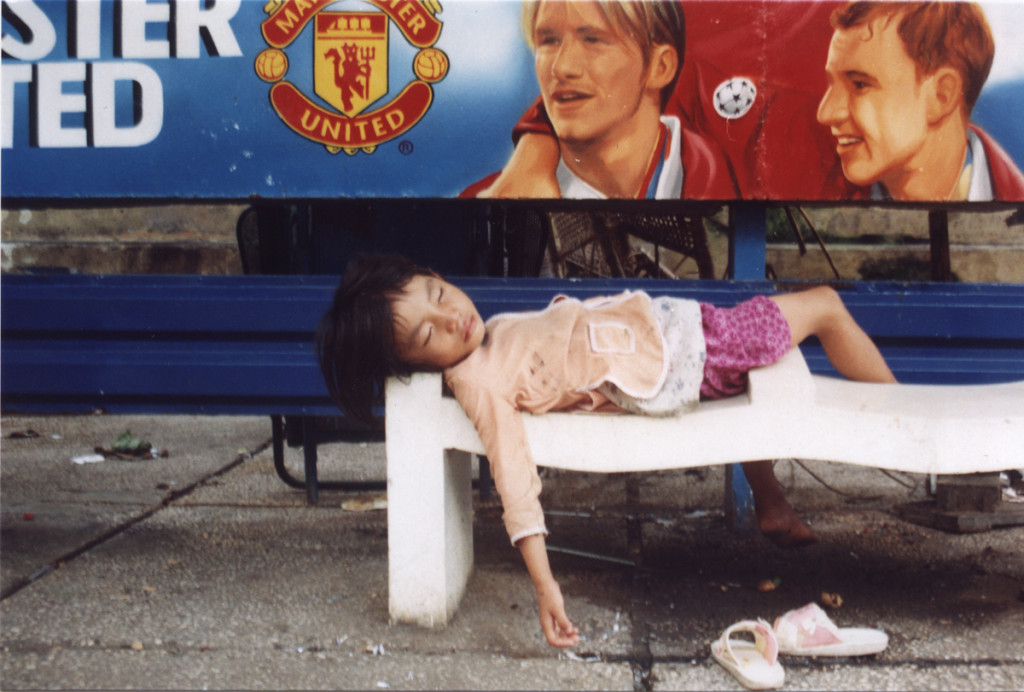 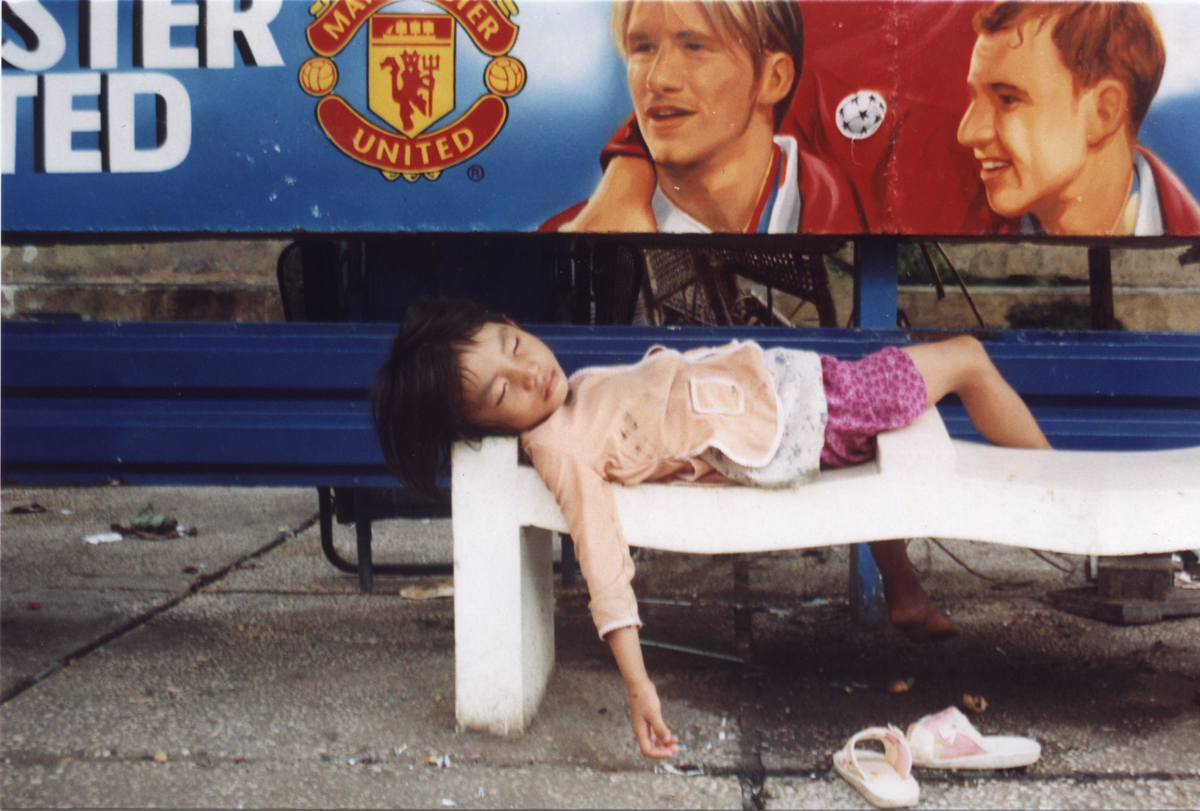 In 1996 after working at a photography agency in London to save money, I travelled to Vietnam where my plan with a friend was to find some work and settle for a few months. We wanted to open our young hearts and minds to everything an extreme cultural experience could offer; to write, to read, to learn, to consume, devour, absorb and importantly to do. After the obligatory first couple of weeks in a basic concrete hostel on the backpacker road – during which we experienced extreme sensory overload and our first true immersion into the reality of how the majority world survives hand-to-mouth in congested, dusty surrounds – we moved to a house in the backstreets. Here, for an hour a day of English tutoring for the families’ young children we received free lodging (and lots of coffee with sweet sticky condensed milk). We soon found more work teaching English in a school (our native received pronunciation English voices proved adequate training) and in return we received free Tai-Kwando kit and lessons – not on our list per se but we were open!

Having applied to study anthropology and international development at university, I wanted to seek out some work with an NGO. I got my hands on a local directory and after our experiences of meeting and beginning to become familiar and friendly with some of the local street children who hung out in the backpacker areas, selling roses or lottery tickets or offering shoe shine, we went to meet with a local group called Thao Dan. Founded by a former street child himself, Thao Dan provided outreach for kids living and working on the streets. Each week we would go with the volunteers who met at the same point with children to begin to get to know them individually and their families and to find out what support they were most in need of and to spend time playing with them, singing and sharing food and providing some respite from their tough lives. Our time over the few months with Thao Dan was inspirational as we got to know individual children, help them with English and to provide whatever practical volunteer help we could to the organisation. I was so moved by what the volunteers were doing at Thao Dan with so little resource and so overwhelmed by the numbers of young people in the city with no where to live, no security, no education, that I pledged to myself I would return and do something tangible with a skill I could meaningfully offer.

Three years later, as my opportunity approached to do field work for my anthropology degree I got back in touch with people I had met in Vietnam and made links with a small NGO working with street children there called Education for Development. Koen and Sebastian, the founders at EDF, were happy for me to join them and receptive to my idea of offering photographic workshops. Photography and photojournalism was what I was passionate about and what I could teach. It was that simple a decision (it could equally have been art workshops or yoga or music had they been my deep passion) yet this step began a ten-year in-depth exploration into the photographic medium, participatory approaches and its potential in an international development context.

Back in Edinburgh I raised £1500 though doing a static-line parachute jump (so nervous I thought my stomach would fall out – I was all but pushed out of the plane by our crazed ex military leader, forgot to ever check my canopy had gone up properly but had a really lovely almost spiritual experience drifting down to earth and shouting at the top of my lungs – until I saw the cows looking up at me wondering what the hell was about to land on top of them!). I bought a handful of old Nikon FM2s with the funds, secured further sponsorship from Bernard Matthews (!) and some local Edinburgh companies and under the umbrella of a local organisation set about finding a translator and assistant and groups of kids to work with. I visited many of the shelters in the city and met with dozens of children explaining what I was doing and handing out short sheets for them to fill in. and draw on.

Over a period of six months I met regularly with the final group of young people and bean to impart both the technique of photography and also to begin to explore their lives and stories they would like to tell if anyone was listening. I was using photography as a tool to research their lives, from an ethnographic perspective but quickly realised the children and their photographs could do so much more. The images were rare poignant insider viewpoints providing not only surrounding data research into how they ended up on the streets, what they do and where they go, but personal direct moving testimonies from the young people to whoever chose to look and listen. A research project had grown into a project of action and change, change both for the young people who took the photographs as they began to grow in self-confidence and self-worth and later for those who viewed their work and writing.

At a time when stigma against the ‘children of the dust,’ was immense, the resulting exhibition in the city of the children’s work challenged visitors’ perceptions around what the young people were capable of and provided a direct window into their world. We battled the authorities through rounds of trying to get individual photographs uncensored so they could be viewed and in the end the first Street Vision exhibition generated a perceptible change in attitude of visitors to the young people, garnered significant press attention and attracted fresh sponsorship to continue the training programmes.

Quotes from those that visited the exhibition:

‘I now realise street children are as intelligent and skilful as other children.’

‘The photos show their plight so you can no longer accept it and put up a wall of defence when you meet them on the street.’

‘Street Vision is a small flame which deserves to burn as a fire.’